I agree Our site saves small pieces of text information (cookies) on your device in order to deliver better content and for statistical purposes. You can disable the usage of cookies by changing the settings of your browser. By browsing our website without changing the browser settings you grant us permission to store that information on your device.

Use of animal models

Our scientific results totally rely on animals, that's why PHENOMIN is involved in ethics and welfare. Every day, we do respect, as sensitive beings, animals we are working with. PHENOMIN assesses animal welfare for good science.

Transparency and Openness in Animal Research

Gircor, an association that promotes Transparency

Because of the lack of information, the public poorly understands the reasons and the conditions in which animals are used. This sometimes results in misunderstandings and misconceptions. Gircor, the French interprofessional group for reflection and communication on research, bringing together the biological or medical research institutions in France, addresses the need for clear and transparent information. By informing on current research, Gircor outlines and explains the conditions under which animal research is practiced. Available to the public, Gircor answers the questions anyone has: https://www.recherche-animale.org/en/about-us

In February 2021, the Gircor has published a Transparency Charter on the use of animals for scientific and regulatory purposes signed by several entities of the scientific community in France, including PHENOMIN. This is the first Commitment to Transparency and Openness for Animal Research in France.

PHENOMIN is thus committed to ensuring better transparency by :

The French initiative will strengthen the overall vision shared with many European countries and many scientists to support transparency for animal research.

Indeed, after this first year under this Chart, the 38 signatories take assessment of its benefits and difficulties in a complete report. It is representative of the whole French research since both academic and private companies have been involved.

The first conclusion of this report emphasizes the role of the Char in helping the public in understanding animal research and also in improving the way people consider the use of animals.

All signatories have shown their motivation and commitment to go to more communication, which may be new and challenging for some. But, the year 2021 was marked by the pandemic, which was a brake on communication. However, the health situation has also reinforced the role of animals in research.

The first report of the Transparency Charter in Animal Research in France is done after an unusual period. But it has also given the opportunity to launch some initiatives to communicate remotely, hoping that these initiatives will increase transparency.

The use of animal in research is crucial

As the study of biology and diseases is done on complete living organisms, animals have been used for hundreds of years to improve human knowledge. Thanks to biology, medicine and physian researchers implicated in animal research, the understanding of diseases and the discovery of new treatments have been far improved. It is only since the nineteenth century that the use of animal in scientific research has become a societal debate, with the development of associations for the protection of animal rights. In parallel with this societal change, the regulation has also evolved.

Recently the CNRS has published a short video to summarize the regulation's evolution (in French langage).

Since 2013 in France, as throughout Europe, animal research has been practiced according to the European Directive 2010/063/EU of September 23, 2010. Projects involving animals have to be justified at the ethics committees and approved by the Ministry of Research before being implemented in the field.

The phenotypic analyzes consist in carrying out a complete health check of the mice, as would be done for a fifty-year-old in the hospital, emphasizing the management of the stress and the pain. Blood tests or ultrasounds, for example, are carried out under anesthesia to minimize the stress induced by these acts.

In the present state of knowledge, the complexity of mammalian organisms makes the use of animal in research crucial.

With its similarity to human biology and ease of genetic modification, the laboratory mouse is arguably the preferred model organism for studying human genetic diseases. Characterizing the mouse genome reveals new gene functions and their role in human diseases. The International Mouse Phenotyping Consortium (IMPC)* is aiming to produce a complete catalogue of mammalian gene functions. The first results from a functional genetic catalogue of the laboratory mouse has been shared with the biomedical research community, based on an analysis of the first 3,328 genes (15% of the mouse genome coding for proteins) and revealing new insights into a range of rare diseases and the possibility of accelerating the development of new treatments and precision medicine (published in Nature Genetics, June 2017).

However, fundamental research studies, such as phenotyping, enrich the knowledge that will enable, in the near future, to develop more reliable in vitro or even in silico models and thus reduce the use of animal experiments without affecting the quality of the work of scientists.

In addition to ethical principles, PHENOMIN has also established a list of good practices to assess the animal welfare of each of our laboratory rodents which is crucial in case of harmful phenotype. 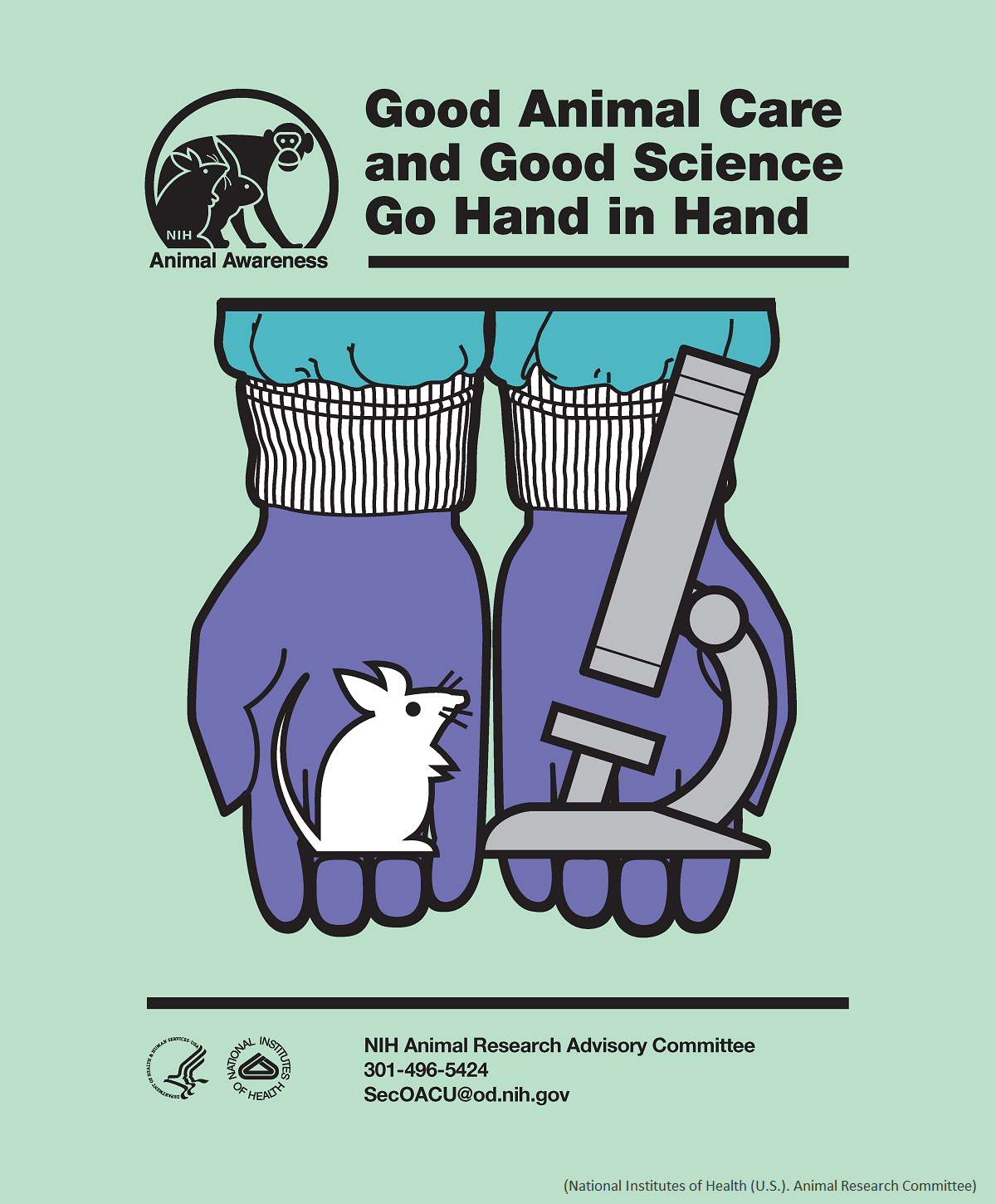 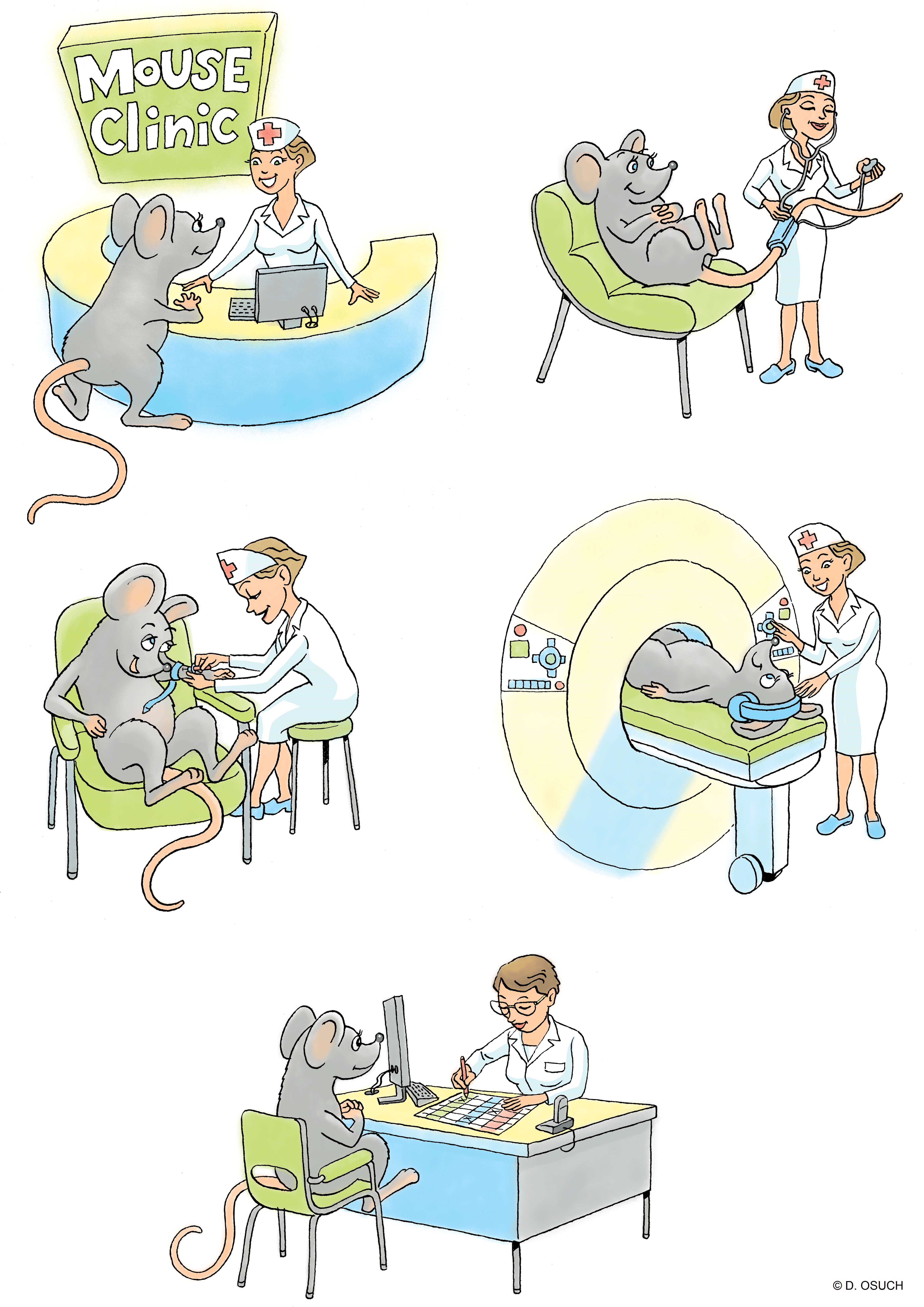